Rosenmontag – The highlight of Carnival season 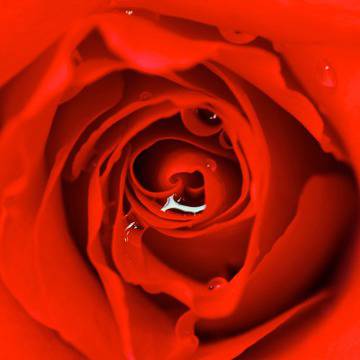 Today is Rosenmontag, the day when the whole of Germany braves the cold to have fun in the streets before the serious business of lent.  The first Karneval club was founded in 1823, making the festivities official, so to speak, although the revelries had been a feature of the season for many years previously and are still thriving today.  Shrove Tuesday is one of the few days of the year where many German businesses accept the fact that their employees are likely to be (at least slightly) the worse for wear (although many people take the day as a holiday to recover).

In Australia the term Carnival may be more commonly associated with a cruise line, but the country still loves a party.  As well as the celebrated New Year’s Eve party in Sydney, the country hosts a variety of parties...
Прочети цялата публикация

Poets of the Fall – Carnival of Rust

D’ you breathe the name of your saviour in your hour of need, And taste the blame if the flavour should remind you of greed? Of implication, insinuation and ill will, ’til you cannot lie still, In all this turmoil, before red cape and foil come closing in for a kill

Agent Provocateur - "Season of the Witch"

Agent Provocateur - "Season of the Witch"

Agent Provocateur 2008 "Season of the Witch"

Highlight the Main Effects of Overweight and Obesity with PPT Templates

Obesity is a medical condition in which body gains a lot of fat and that also to the extent that it has a negative effect on their health. People usually take this problem in general but it certainly rises to an extend that it reduces the life expectancy and increased health problems like heart...

The opening of the ski season in Bansko

Home » Tourism The opening of the ski season in Bansko

The new ski season in Bansko will be opened on Saturday, November 29th, announced the ski federation.

Guests of the event will be famous ex-ski athletes...

skip to main | skip to sidebar

The season of hay fever is coming – how to cope?

The season of hay fever is coming – how to cope?

With spring knocking on the door, come the pollen from the blooming trees, grass and flowers, which causes mild to severe problems from those suffering from hay fever. Hay fever is probably the most common types of allergy in the US,...

Racing season winds down north of the border

The 2012 racing season continues to wind down as more racetracks held their final shows of the season this past weekend and several more champions were crowned north of the border.

The Brockville Ontario Speedway in Quebec held the final races of the DIRTcar 358-modified and pro stock...