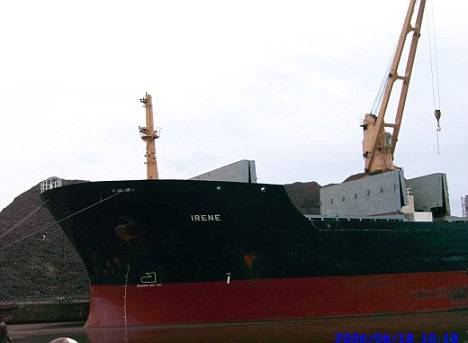 A pod of dolphins has saved a Chinese ship from being hijacked by Somali pirates, it has been claimed.

China Radio International said thousands of dolphins blocked suspected pirate ships as they raced towards a Chinese ship in the Gulf of Aden.

As the dolphins leapt out of the water, the pirates turned back. Chinese news agency Xinhua claimed the pirates 'could only lament their littleness before the vast number of dolphins'.

A pod of dolphins flank a ship in the Gulf of Aden. Chinese reports have said dolphins managed to thwart a pirate attack on Chinese ships

The report emerged on Monday, though it was...
Прочети цялата публикация

To view this video please enable JavaScript, and consider upgrading to a web browser that supports HTML5 video HARMONY OF THE SEAS - Aboard the biggest cruise ship of the world from Royal Caribbean International

WILLIAMS: off our reporting tonight.

BRIAN WILLIAMS, anchor: As we mentioned NBC 's Harry Smith is also there along the Italian coastline reporting for tonight's "Rock Center," and he previews an NBC News exclusive, video inside the dining room of the ship taken by a...

Inventory Source makes it easier for our resellers to launch a new store or grow their existing catalog while stay current with the frequent changes in price, quantity, and status for all of our items.

The new cruise ships will be constructed by Fincantieri for Carnival Cruise Line and Holland America Line, two of Carnival Corporation’s...

Rhodes covers Ship To Wreck by Florence and the Machine - Live