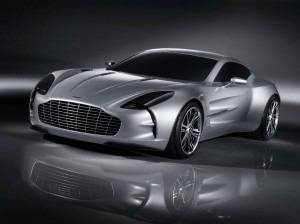 When the average person thinks of high priced cars, they mostly think of brands like Lexus, Acura, or Mercedes Benz. But those brands cost mere pennies when compared to this list. So without further waiting, let’s take a look at the top 10 most expensive cars in the world.

The second car on the most expensive list is the Bugatti Veyron Supersport which costs around 2.6 million big ones. This sixteen cylinder French beauty goes from zero to sixty in only 2.4 seconds, and is a testimony to the engineering achievement of Voltz Wagon. It is definitely a first of its kind from the company.

Topic-Cars: The most expensive cars in the World Part 1

To view this video please enable JavaScript, and consider upgrading to a web browser that supports HTML5 video Eating The World's Most Expensive Burger ($2,000)

The most expensive sunglasses in the world by Chopard

The most expensive sunglasses in the world that were created by De Rigo Visionfor luxury brand Chopard will be displayed for the first time in Dubai today.

Sunglasses are made from 60 grams 24k gold and decorated with 51 carat...

Motor Yacht Dubai is the most expensive yacht

FUN ON THE NET: Top 11 Most Expensive Animals

If you have enough money why not to treat your beloved with an exotic Christmas present. It’s not against the law to keep these animals at home, so that you can really purchase one of them for your own pleasure.

Top 10 Most Expensive Houses In The World

The World’s Most Popular Coin is Dirt Cheap

The most popular coin in the world, the Morgan Silver Dollar, is dirt cheap right now.

Higher-grade Morgans are cheap relative to the melt value.