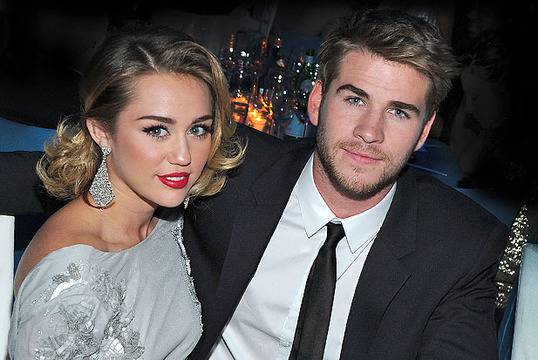 We all noticed Miley Cyrus’ wild behaviour lately, but this one totally cross the line! The former Disney star was spotted kissing another man, even that she was reportedly still with her fiancee Liam Hemsworth. After her crazy MTV VMA performance the actor doesn’t talk to Miley any more and that can be the end of their relationship…

According the report “Can’t Stop” singer was partying in New York City on Aug. 23, when she was spotted making out with one guy. One of the witnesses of Miley’s cheat said: “She was pretty out of control”. Too bad for Liam, who seems like a realy nice guy. What do you think? Is Miley capable to cheat like this?

You don't understand what it is That makes me tick But you wish you did You always second guess,wonder if i say yes but you just lose out every time

If you only knew what i talked about When I'm with my friends just hangin' out Then you'd have the inside scoop On what to say, what...

celebrity gossip: Miley Cyrus Shows Up To Album Release Party In Her Underwea By Nevel

Spotted: Miley Cyrus celebrating her album release in more clothes than we’re used to seeing her in lately… The “Wrecking Ball” singer showed up to Finale in NYC to raise a glass (of sparkling water, of course!) to all her hard  work on her new album Bangerz.

For some, this pink satin bra and...

Paint a picture Choose your colors extra wise Especially what you put on my mind Imagine what it be like to touch the sky, yeah, yeah

Whoa oh, your thoughts are...

We clawed, we chained our hearts in vain We jumped never asking why We kissed, I fell under your spell. A love no one could deny

Don’t you ever say I just walked away I...