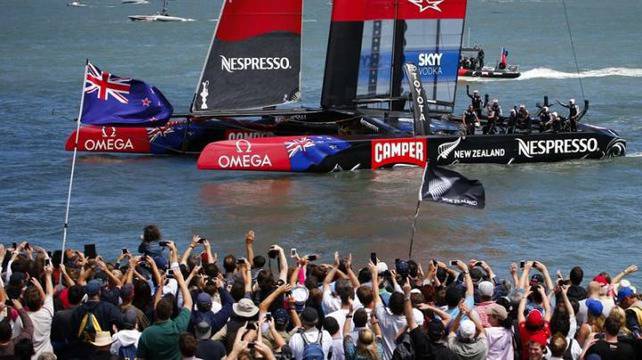 “If you didn’t enjoy today’s racing you should probably watch another sport,” New Zealand skipper Dean Barker said at a new conference afterward.

New Zealand won a very close start and barely maintained its controlling inside position against a faster Oracle around the first mark, before slingshotting to a lead. Oracle made a poor turn rounding the second mark, but steadily gained ground on the upwind leg - as it had done in the previous two races - putting the duel into a dead heat at the third mark.

On the final downwind leg, Oracle skipper Jimmy Spithill had to steer behind the Kiwi boat as the two 72-foot catamarans converged, but he slowed too much and made a longer turn, allowing New Zealand to sail away to the win.

Despite the second-race...
Прочети цялата публикация