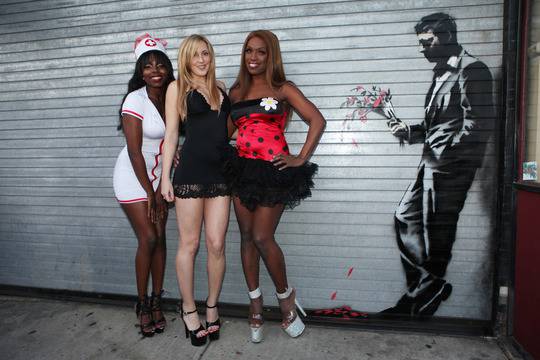 Amid street artist Banksy’s citywide guerilla art exhibit, “Better Out Than In,” some New Yorkers have been defacing — “going over” — some of his work. Why are graffiti writers attacking one of their own? Short answer: They’re not. Longer answer: Banksy’s not playing by their rules.

Yes, the decades-old game of illegal art in New York has rules; when they’re broken, frontier justice gets meted out. Many graffiti writers believe Banksy has violated these rules and as such retribution is being delivered in front of the whole art world.

“I used to think other graffiti writers hated me because I used stencils,” Banksy told the Village Voice this month, “but they just hate me.” In fact, for all that the Voice and most other press call Banksy a “graffiti writer,” the graffiti community sees him as a “street artist.” This is an important distinction.

“Street art” is associated with whimsy and even gentrification — things the mainstream considers socially good, or...
Прочети цялата публикация