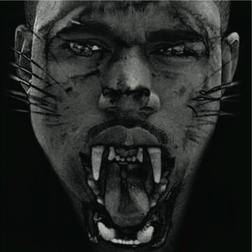 Listen, (what's up), this ain't the way I wanted it to end But I got to go Gotta get missing You ain't gotta kick me out I'll get out my own house But you still need...

(Kid Cudi) She Wanna Have Whatever She Like She Can If...

Yo, this sound like some movie shit right? Get ya popcorn, get ya condiments, you dont wanna miss nothin, ok listen

[Verse 1] They call me +Edward Scissorhands+ 'cause i'm tryin to cut She claim she got cramps, im gone get you to suck And you not gon use ya teeth ya hear? You gon find...

Back when they thought pink polo's would hurt the Roc, Before Cam got the shit to pop,...

Just another one champion sound Me and Estelle about to get down Who the hottest in the world right now. Just touched down in London town. Bet they give me a pound. Tell them put the money in my hand right now. Tell the promoter we need more seats, We just sold out all the floor...