The release of Samsung Galaxy S5 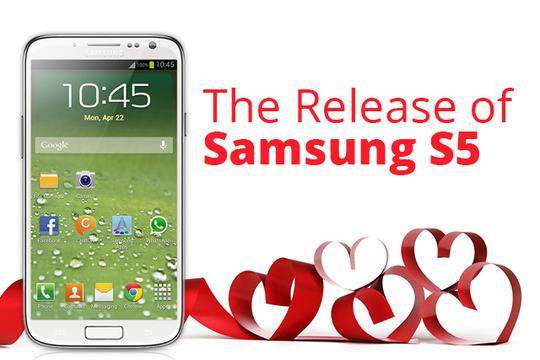 This new launch by Samsung for Samsung Galaxy S5 took place at MWC 2014, with the fifth unpacked conference of Samsung stuffed with the journalists eagerly waiting for what this new Galaxy S5 has to offer.

There is no doubt in the fact that Samsung has always been on the top position for introducing Android and is constantly challenging Apple’s iOS. This Galaxy S5 has been launched with the GS5 monicker but the question arises that if it is the best phone on the earth? Read out and find out what all this new Samsung Galaxy S5 has to offer.

All the big companies for smart phone manufacturers, they are relatively well-established for producing annual cycles now and this means that they can predict very well when they are going to launch their headlining products.

Many concept images of the upcoming smartphone samsung galaxy s6 have arrived on the web, but none looks like this. Yeah we are talking about a wider, tougher and better S6.

Some of the key features you can infer from here would...