The Anime is dominating the world animation 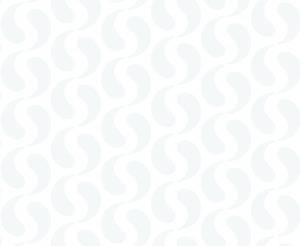 Anime is inspired by the local Japanese novels, stories, comics, customs and tradition which are highly appreciated by the world audience. Till recently the story line had a calmness and serenity which is the characteristic feature of the oriental civilization and greatly admired by the emotionally disturbed west who find some solace in it. But now action, speed and such other western things have been incorporated which are not in conformity with the Anime features.

Till now only few thousands Subbed Anime are available in USA from which few hundreds have been dubbed in English. A few dubbed versions are appreciated by the audiences. But as a general rule the Subbed Anime only are extremely popular among the fans.

The Anime is liked by the children as well as the adults. It is based on stories on topics like science, horror, fiction, sports and romance. Very few films with social themes and values are also there which depict human...
Прочети цялата публикация

This year Supernatural  fans have two great reasons to be excited since Warner Bros not only announced that a 7th season is in the making, despite the show being initially planned for  5 seasons, but an animated version of  the popular TV series will soon be released, as...

Woman Is the Nigger of the World*

Catching the fancy of the laidback budget traveler, Chinatown Bus services offers one of the most inexpensive transportation options.

Chinatown Bus lines are the innovation of a Chinese immigrant that helped other Asian immigrants to visit their relatives living in other cities across...

David Guetta - The World Is Mine текст

I believe in the wonder I believe I can touch the flame There's a spell that I'm under Got to...

To view this video please enable JavaScript, and consider upgrading to a web browser that supports HTML5 video Akua Naru - The World Is Listening (prod. by JR & Ph7)

The World Is Listening" is the 2nd single off Akua Naru's debut album...

Type is a cultural heritage, it is one of the ways to recreate the surrounding world

Alcazar - This Is The World We Live In