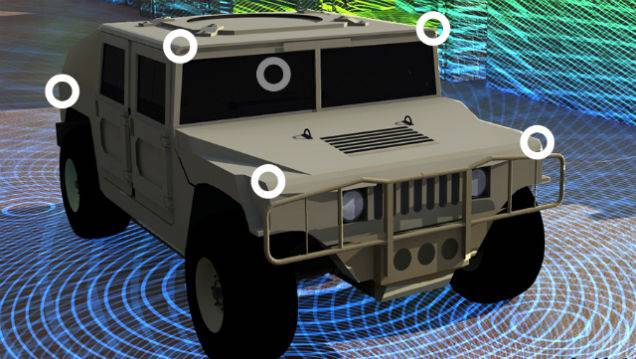 Since self-driving cars don’t have drivers, the cars have to perceive their surroundings themselves. Lidar is a great option—it’s like radar but with lasers instead of radio waves—but it’s big and pricy. However, a new kind of lidar from DARPA could change that.

DARPA, the U.S. Department of Defense’s emerging tech branch, announced the new tech last week: It’s lidar that’s small enough to be put on a microchip. These tiny scanners can help self-driving military vehicles survey surrounding terrain to steer, improve targeting capabilities, detect nearby chemical or biological weapons, and more. They’re calling the new system SWEEPER. It sweeps data-gathering lasers back and forth more than 100,000 times a second, which is 10,000 times faster than current lidar.

Right now, lidar systems are big, honking, ugly things that stick out from the bodies of experimental cars—meanwhile, DARPA’s little lidar chips could be discreetly blanketed all over a vehicle. And while...
Прочети цялата публикация

On the road … again

Chaos on its borders could see Israel's worst fears realised

But the police force collapsed in the early days of the Egyptian revolution, its eagerness to shoot protesters dead forcing its withdrawal from the streets. In Sinai, with no army to take over, and where Bedouin tribes and militants had always used the mountains as a shield from the...

Self driving cars also called driverless cars or autonomous vehicles (AV). These cars gather all the information and coordinate with multiple sensors fitted in the car to become aware of surroundings. In other words these cars are capable of moving safely with no or...

Biker on The Road

Different typefaces on the road

Road signs in Italy use a variation of the Transport typeface called Alfabeto normale, or the condensed form of it, called ‘Alfabeto stretto’ (the latter is the one on the top and the bottom signs in the photo).

Albania use the ‘Alfabeto normale’ typeface (with...

MamkaMu :: On the Road Again

on the road / На път

The Home on the road blog.

Homes are bar none probably the most satisfying place to be in the world, a place where all the stresses and problems seem to leak away.

There are those select few though, whose homes are not a fix place but rather a constant refreshing update to different locations. There are many ways...