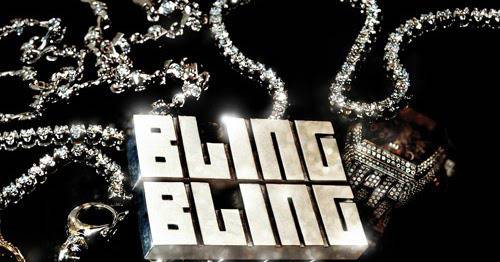 Fashion has been always a major part of Hip Hop Culture. Bling-bling is a very popular term of Hip Hop Culture, basically a slang used in Hip Hop. It refers to sparkling and shining jewelry or accessories like chains, cell phones or tooth caps. It can include various types of jewelry or accessories. “Bling” word is used to describe something shiny. This term was firstly used in Hip Hop rap by Dana Dane in “Nightmares “in the year of 1987. “ Hip Hop Bling “term got popularity in the year of 1999. First of all, Hip Hop Bling term, goy popularized in the Hip Hop community after that it spreads beyond Hip Hop culture.

This term was used to describe the gorgeous gaudy piece of jewelry. Bling Bling is actually a case of reduplication. Bling word basically refers to big, showy or expensive jewelry.

Jesse West was the first rapper to use the complete term Bling Bling. In 1993, He has used this term in his remix song “Dolly My...
Прочети цялата публикация

Break dancing was originated in the early 1970s in Puerto Rican and African-American communities. Break dancing is a tool for self-expression, creating visual art, and it has even developed into an international sport. Break-dance is a type of dance that is basically done by people who are part...

Hip Hop dance is all about isolating your body parts and then balance synchronization between different body parts.  We should understand that which part of body should move first and in which sequence.  Hip Hop dance styles are a combination of Hip Hop Dance moves.  Hip Hop is a dance...

Hip Hop clothing style has changed a lot with time. Rappers love to wear trendy outfits and most of the time they like to go for their own style line. Hip Hop clothing style was actually originated from African America and also from inner cities youth of New York. With the popularity of clothing...

Different forms of clothing styles have evolved over a period of time. Every style is unique and serves a particular need. For example, we have street wear, urban wear, traditional wear, hip hop wear, casual wear and formal wear. Every style has its own definition of wearing different set of...

Project Bloks is a research project with the aim of creating an open hardware platform to help...

Paginas Introducing Yalta Happy Thursday everyone ,  thank you so much for your lovely comments on my last post and welcome to my new followers .  :: Feliz jueves preciosas,  un millón de gracias...

The ways consumers find information about companies or brands is changing. Where natural search results once were the primary way users discovered content or websites, now non-search engine media such as mobile apps, social networking sites, and consumer review hubs are veritable contenders in...

It's been an exciting nine months since we launched the Google Chrome browser. Already, over 30 million people use it regularly. We designed Google Chrome for people who live on the web — searching for information, checking email, catching up on the news, shopping or just staying in touch with...