Teenage sell her virginity at auction 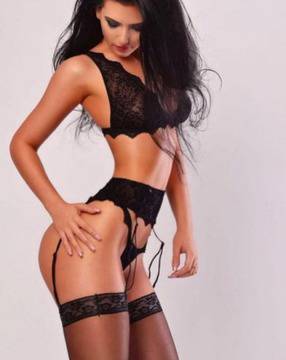 18-year-old Romanian Alexandra Kefren, which months ago announced its intention to sell her virginity at auction for at least 1 million. Euro is not only able but also exceeded the amount doubled. She will receive 2.3 mln. Euros from Korean businessman, who still does not know, says “Metro”, quoted by novini.london Alexandra had contacted the agency Cinderella Escorts, which organized the auction. On it they have appeared multiple stakeholders, but only one has offered the sum for which the girl had not even dreamed of.

After the case of 18-year-old girl sells her virginity, received publicity in the media, over 300 young girls from around the world have contacted Cinderella Escorts Agency, to try to negotiate a similar deal.

Diva Sheryl Crow Puts Her Villa up to Online Auction

Diiva Sheryl Suzanne Crow, who is famous for her roles as a singer-songwriter, guitarist, musician and actress, has recently decided to sell her villa online. The bidding is currently up to $1.1million. According to the estate agent, the winner will have to pay cash and finish the deal...

Items at Auction for Father’s Day

It may feel like Mother’s Day just passed us by, but it’s time to start gearing up and making plans for Father’s Day. It’s already only a couple weeks away! Lucky for you, it can be easy to find great gifts for dad at reasonable prices by checking out auction sites like eBay. At the moment,...

Zaha Hadid: A look back at her work - BBC News

To view this video please enable JavaScript, and consider upgrading to a web browser that supports HTML5 video Zaha Hadid: A look back at her work - BBC News

Dame Zaha Hadid, one of the world's leading architects, has died at the age of...

To view this video please enable JavaScript, and consider upgrading to a web browser that supports HTML5 video Justin Bieber at Barrett-Jackson charity auction of his 2011 Ferrari 458 Italia - January 21, 2017

My Grandmother and I had a fair amount jewelry and silver flatware that was collecting dust. So I fired up yelp on my phone and found this place. When we arrived the man running the counter had two customers ahead of me but I only had to wait few minutes. The other customers seemed happy so I...

To view this video please enable JavaScript, and consider upgrading to a web browser that supports HTML5 video Woman Climbs Over Tiger's Fence at The Zoo To Get Her Hat Back Сподели видео × ...