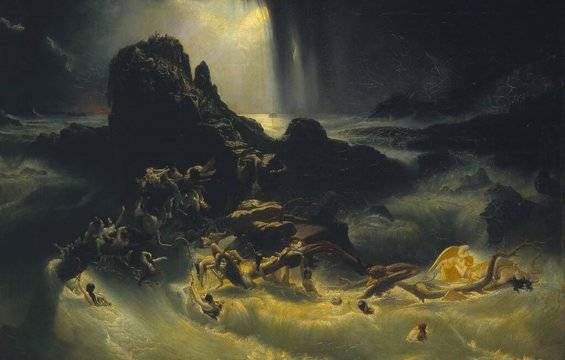 There are no shortages of myths about great floods. Cultures all around the world tell of cataclysmic deluges marking the end of an era and the beginning of another. But we can’t rely on myths alone in determining whether something had occurred or not.

According to the Christian account of Noah’s flood, the wicked had to be punished for their doings so it rained for forty days and forty nights. Of course, ancient cultures tended to chalk up catastrophes as the gods’ ways of showing their displeasure.

In the Epic of Gilgamesh, the council of the gods decided to flood the whole earth to destroy mankind. But Ea, the god who made man, warned Utnapishtim and told him to build an enormous boat. The hero sees a pillar of black smoke in the horizon. The sky then goes dark for a week straight and a horrible storm causes a flood.

As the flood came to a halt, all say that the ark came to rest on a mountain.

The Sumerians arrived in what today is known as...
Прочети цялата публикация

According to ancient legends once he walked the Earth giant race of people who built the giant pyramids and buildings as a divine temples. Their existence also tells the story of...

Описание на сайта: This amazing discovery would be incredible and historic enough just by virtue of the fact of its being located in Turkey and suggesting that Queen Nefertiti fled with a small band of followers and escaped her husband’s fate at the hands of the corrupt Amun Priesthood. But...