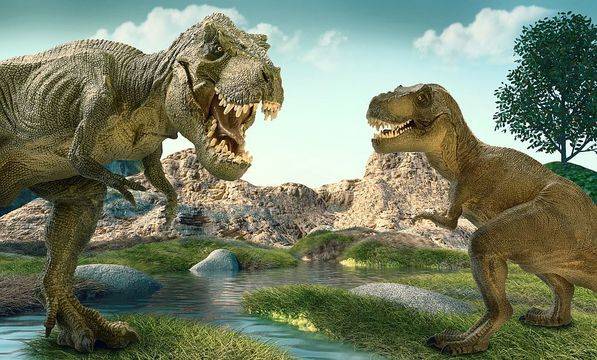 The Paluxy River (or Creek) in Texas is considered to be the best known and most famous example of dinosaur tracks in the known world. These footprints can be viewed at the Dinosaur Valley State Park, which can be found at Glen Rose, Somervell County. These tracks are not the only examples discovered. However, they did cause quite a stir back in the 1930s when human footprints were discovered. The footprints were alongside and, in some cases, interacting with recognized dinosaur tracks. This poses the question: Did humans and dinosaurs coexist?

The furore surrounding those footprints may have died down several decades ago. However, there are other examples of possible dinosaur-human interactions that cannot be dismissed so easily. The magnificent temple at Angkor Wat in Cambodia was built in the 12th Century for King Suryavarman II. Look carefully and in the proper place, visitors can see an animal on one of...
Прочети цялата публикация

Among the many harrowing tales of alien abduction, there are scores of cases where abductees have reported interacting with alien hybrids. According to the various testimonies of these victims, they have personally encountered creatures that shared both human and alien features and...