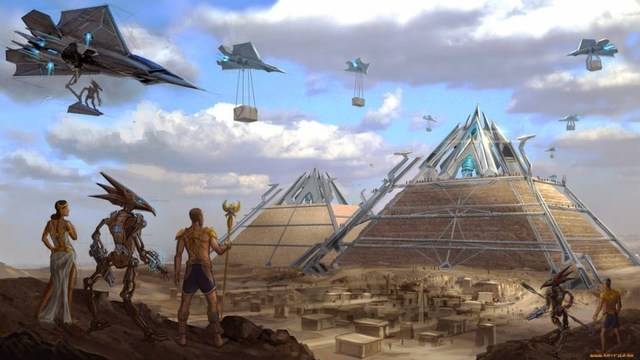 In the analysis of the ancient Egyptian scriptures, myths and legend about this primordial Egyptian god, everything seems to indicate that Ra, if it had existed at some remote time in history, had to come from another world, so it was alien. In addition, there is also the belief that Ra might have been a survivor of Atlantis.(RA)

It emerges from the Primordial Ocean and assumes the name of Ra becoming the only god creator of the gods, without the aid of another entity. With his own members he begat Shu and Tefnut, of whom were born Geb and Nut, who in turn begot Isis, Osiris, Seth and Nephtis. Assuming a cosmic character of the predynastic astral age, which based its doctrine on the stars,...
Прочети цялата публикация