Prohibited! Why the Vatican Hides the True History of the World Before the Great Flood - Secrets and Mysteries | БГ Топ 100... 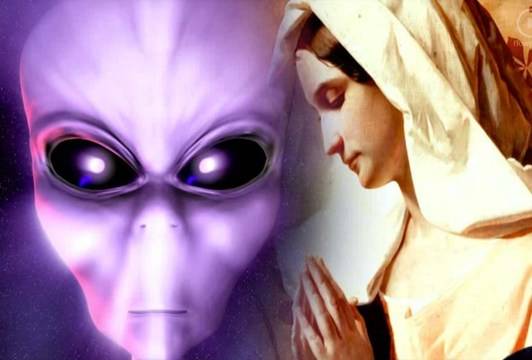 There has been a massive cover-up by the Roman Catholic Church to keep the general public out of the knowledge that there was an advanced civilization before the great flood. The history of the world before the great flood has been concealed and overlooked by the Vatican, due to biblical ideologies and as a way to prevent the world from interacting with exotic species.

History has been overrun by powerful forces, and artifacts and academic articles attesting to this world before the great flood have been confiscated. The churches were built on pagan sites both to conquer civilizations and to cover up the remains prior to the flood.

It has spread a narrative that we were a Neanderthal species, which then evolved into our current human state. However, with firsthand evidence, it has been discovered that this is false. But why would the nucleus of the Roman Catholic church orchestrate this cover-up?

This is because this pre-deluge civilization was in fact...
Прочети цялата публикация

The Necronomicon: The dangerous and forbidden “Book of the Dead” - Secrets and Mysteries | БГ Топ 100 класация на сайтове

Considered one of the most dangerous books in the world, the Necronomicon is a literary creation that travels between the limits of the fiction and the brutal reality.

It is said that since this copy is true, people who have dared to read the Necronomicon and study the prophecies,...

Описание на сайта: Just take a look at this picture. Is it really too good to be true? The story of The Sealand Skull is quite a recent one. The Skull was only discovered in 2007 in the small town of Ølstykke on the Danish island of Sealand. The man who discovered it was a contractor who was...

The True History of Communism

Is there life after death? The dark side of near-death experiences - Secrets and Mysteries | БГ Топ 100 класация на сайтове

Is there life after death? This is the question that billions of people make. And no wonder, as many individuals who have been on the verge of death or clinically dead have reported experiencing strange experiences. These reports range from out-of-body experiences to a tunnel of light, a sense...

Russia’s Classified Files Of The KGB: 1947-2018. Russia is an amazing country with many secrets, but it’s difficult to hide everything that people doesn’t need to see. These top secret files are awesome. You can see flying saucers, giant balls that are amazing when you see them. I just hope...