Unusual Declarations: Does US allow abduction of Humans in exchange for Extraterrestrial Technology? - Conspiracies | БГ Топ... 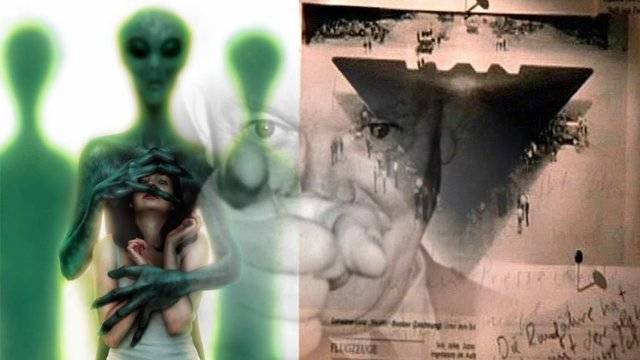 In the 1950s, according to whistleblowers, the US government decided that there was nothing wrong with letting gray aliens abduct humans, if the price was right for them.(abduction of Humans)

After demolishing several extraterrestrial flying vehicles and using this advanced technology, the Government considered it very profitable to establish channels of communication with the extraterrestrial entities. After all, getting more extraterrestrial technology would give the US technological superiority in the military aspect over the other nations of the world.

One of the first projects to deal with this situation was the SIGMA project, a joint operation founded in 1952 by the NSA consortium. Various ufologists refer to this initiative using various denominations, including the TAU IX Treaty on Preservation of Mankind (as Dr. Dan Burisch calls it), the Gready Treaty or the Edwards Agreement, the name of the Force base Aerial where the mysterious meeting would have...
Прочети цялата публикация

The Earth: Prisoners on a Planet of Slaves, or in a Dimensional Paradise? - Conspiracies | БГ Топ 100 класация на сайтове

Many people have the belief that long ago, inter-dimensional vibrations generated everything that exists: galaxies, solar systems, planets, etc.(The Earth: Prisoners on a Planet of Slaves)

An Extraterrestrial Organism alive, captured and studied in Portugal 58 years ago - Secrets and Mysteries | БГ Топ 100...

On November 2, 1959 in the Portuguese city of Evora was witnessed one of the strangest paranormal events. After the sighting of an alleged UFO, strange gelatinous filaments of white began to fall all over the city, completely covering it in a dense white layer. Schools and jobs had been...

Описание на сайта: Reporters who participated in the study of mummies found in Peru alien report further details that a few days ago, scientists have identified (Extraterrestrial mummy found in Peru) As one of the Peruvian doctors who conducted the X-ray scan of the mummy, it is – a superhuman...