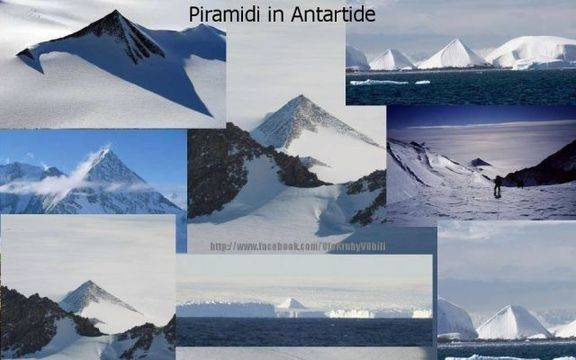 The structure was discovered pyramids from space satellites. Images that do, can clearly see its form and shape. It is about 1.7 times larger than the Great Pyramid in Egypt. Orthodox scientists and skeptics, of course, argue that, in this structure, it is only natural, geological formation created, but satellite images and photographs of people who were in it, speak a different language.

From the perspective of classical science, which in harmony with religion does not admit the possibility that long before our civilization was built by someone on our planet unique technical monuments, it is understandable that something like a gigantic pyramid under the ice of Antarctica can not and must not exist.

Its undeniable existence but implies the issue, rather the fact that either was for some reason built an alien civilization, or – the other possibility – that in Antarctica, which was at times her of building not covered by ice, it has built a developed terrestrial...
Прочети цялата публикация