WHO WERE THE ANNUNAKI? - Aliens | БГ Топ 100 класация на сайтове 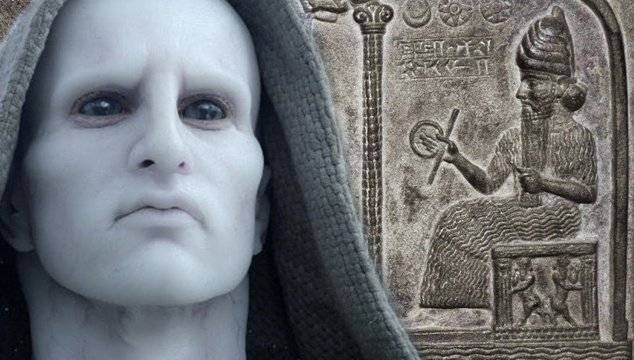 The Annunaki (also referred to as the Annunaku or Annuna) are a collective of dieties attributed primarily to the ancient Sumerian culture of Mesopotamia, although similar references exist in the writings of the ancient Akkadian, Babylonian and Syrian cultures as well.

There are a myriad of theories and speculations regarding who these intriguing beings actually were, but one thing that is generally agreed upon is that the Annunaki were considered to be entities of a higher order than human beings.

The word “Annunaki” is a combination of the two words “Anu” and “Ki”, which mean “heaven” and “earth” respectively, and is interpreted to mean “those who came from heaven to earth”. Other interpretations of “Annunaki” include “those of a princely seed or offspring”, “those of the royal blood,” or “those generated from the divine.”

Many researchers claim that the name “Annunaki” represents the offspring of the sky god Anu, a key figure in Sumerian mythology who...
Прочети цялата публикация

Evolution on earth has produced an astonishingly diverse array of species. Most of those species simply do not look like eachother. Compare your anatomy to that of a lobster, for example. You simply do not share very many traits with an arthropod, yet both of you are native to this...

Unidentified flying objects (UFOs) have become a common phenomenon worldwide. Odds are that eight out of ten people you ask about UFOs have a general idea that something is going on in our skies that was previously unnoticed.

So why are UFOs getting so much attention within the past...

Antonio Villas Boas, 23, from Brazil, reports he was abducted on October 15, 1957 which would become one of the best documented case of an alien abduction. He was first reluctant to tell his story but was convinced by Dr. Olavo T. Fontes, a professor of Medicine at the National School of...

Extraterrestrial races most hostile to humanity

Possibly one of the oldest unknowns is how reactionary our society if you have contact with interstellar extraterrestrial beings , and what are their purposes with humanity. Visitors originating from the stars are believed to have...