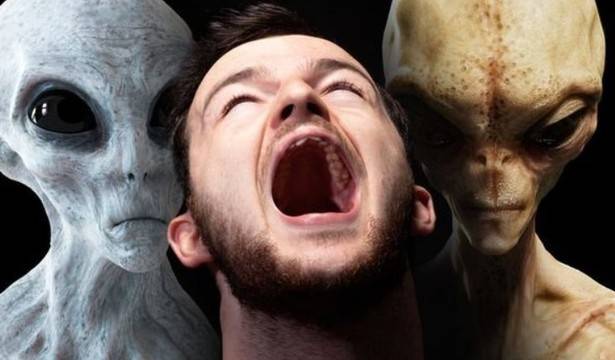 Among the many harrowing tales of alien abduction, there are scores of cases where abductees have reported interacting with alien hybrids. According to the various testimonies of these victims, they have personally encountered creatures that shared both human and alien features and characteristics.

Some abductees have even described being brought on board a spaceship and being introduced to hybrid beings whom they believed to be their own children. There have been a large number of unrelated cases documented from a wide range of abductees which would seem to lend some credibility to their stories, but even in light of this there are many people who doubt the validity of these accounts.

One of the most common questions regarding these cases is “Why would aliens want to create a hybrid race with human beings?” According to the broad range of accounts given by abduction victims over the past several decades, extraterrestrials have been actively involved in harvesting...
Прочети цялата публикация

Various types of biped reptoids have been reported. There are Amerindian legends about Lizard People who live underground.

According to Hopi legend, Mount Shasta, California is home to these creatures. There’s a debate as to whether reptilians belong in the realm of cryptozoology, UFO...

If you spent enough time on the internet, the above headline would invariably lead you to an article about illegal immigration.

While that might be the current favorite political issue in the United States and Europe – another one will take its place when the media decides to change...

Seven former US Air Force personnel and an author are so concerned that aliens could be monitoring the country’s nukes that they held a press conference.

On Monday, September 27, 2010, six former US Air Force, USAF, officers, an enlisted man and an author discussed aliens and nuclear...

In December 1988 countless witnesses in Puerto Rico saw apparent encounters between US warplanes and strange, huge alien aircraft. On one occasion, bystanders saw two F-14 jets actually enter another huge flying triangular craft. Were the war planes destroyed or were they co-operating in joint...