Meet the yacht that doubles as an island 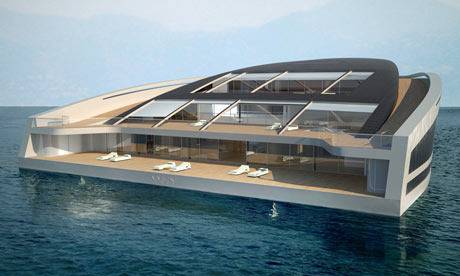 One of the many stresses of being a billionaire is the difficulty in choosing between purchasing a yacht or an island.

Happily, designers this week unveiled plans for a "moving island" that renders the conundrum redundant.

Designs for the WHY 58x38 were unveiled at the Abu Dhabi yacht show this week.

The vessel is the result of a collaboration between Monaco yacht brand Wally and Parisian fashion house Hermès.

"Everybody's dream is to live on an island, in complete freedom, without constraint, with the independence that only self sufficiency can provide," said Wally's president, Luca Bassani Antivari.

"A piece of land with a beautiful villa partly fulfils this aspiration because it is static. A yacht offers the freedom to move, but does not have the space of a property. WHY has it all."

The motor yacht is, as the name suggests, 58 metres long and 38 metres wide, providing a total guest surface area of 3,400sq metres, and weighs in at...
Прочети цялата публикация

An old suitcase as an accent in the bedroom

It will always be imperative to individualize yourself to stand tall in just about any business. That is when people notice a company and develop their believe on them. To...

Tour this mobile private island that just upped the ante on billionaire toys.

To view this video please enable JavaScript, and consider upgrading to a web browser that supports HTML5 video Tour this mobile private island that just upped the ante on billionaire toys.

On An Island / На отров

Silver as an Investment

The History of Silver as an Investment

The history of mankind's use of silver dates back thousands of years; this precious metal has been used to make jewelry and art objects for more than 6,000 years now. It has also been used to mint currency since at least 500 B.C., when it silver coins...

To view this video please enable JavaScript, and consider upgrading to a web browser that supports HTML5 video When PMQs became an extended gag reel. David Cameron's final appearance as the Prime Minister: ...

When you think Oregon Ducks football, you think uniforms. For over...