10 Most Amazing Temples in the World 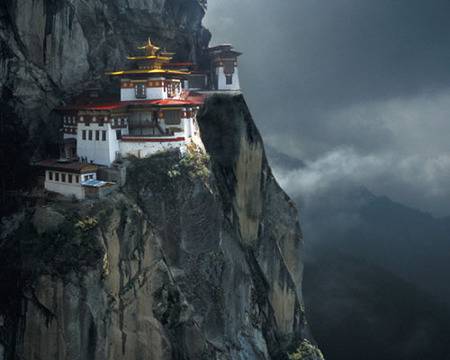 More than a quarter of all people in the world belong to Eastern religions, which include Buddhism, Hinduism, Sikhism, and Taoism. These people worship in temples, which are architecturally as diverse as the religions are different from each other. From the ancient ruins of Ankor Wat to the distinctly modern Wat Rong Khun, there are hundreds if not thousands of amazing temples in the world.

I have long been fascinated by the temples and sacred sites of Eastern religions. After doing an article on some amazing churches from around the world (10 Divinely Designed Churches), it's only right that we do a follow up on the ten most fascinating temples in Asia. Here they are, in no particular order:

Tiger's Nest Monastery, perched precariously on the edge of a 3,000-feet-high cliff in Paro Valley, is one of the holiest places in Bhutan. Legend has it that Guru Rinpoche [wiki], the second Buddha, flew onto the cliff on the back of a tigress, and then...
Прочети цялата публикация

Most beautiful waterfalls in the world - Amazing photos ~ Love-sepphoras

All you ladies out there , gear up to check out handsome male celebrities flaunting their chiseled body on beach ...or not on beach... Z...

10 Most Magnificent Trees in the World

"A tree is a wonderful living organism which gives shelter, food, warmth and protection to all living things. It even gives shade to those who wield an axe to cut it down" - Buddha.

There are probably hundreds of majestic and magnificent trees in the world - of these, some are...

10 Most Beautiful Bridges in the World

We've come a long way in bridge building since crossing a river on a fallen log. The first bridges were built with wooden planks, ropes and stones. Soon, stronger material were required. Wood and stone bridges gave way to iron, then to steel ones. Bridge building techniques also evolved: beam,...

FUN ON THE NET: The Most Amazing Guns in the World

Top 10 Most Expensive Houses In The World

The Most Strange Superstitions In The World

The Most Satisfying Video In The World

To view this video please enable JavaScript, and consider upgrading to a web browser that supports HTML5 video The Most Satisfying Video In The World

The Most Satisfying Video In The World. There is in video: bread packing, paper cutting,...

The most tattooed woman in the world – Julia Gnuse (10 Pics)

Most interesting things in the world. Снимки