£1 million for 'world's most expensive dog' 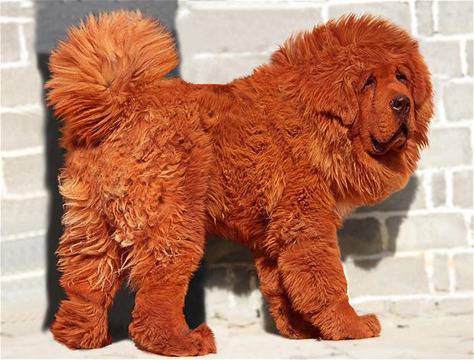 "He is a perfect specimen," said Mr Lu, who runs the Tibetan Mastiff Garden in Laoshan, near the eastern Chinese city of Qingdao. "He has excellent genes and will be a good breeding dog. When I started in this business, ten years ago, I never thought we would see such a price."

Mr Lu said the details of the sale were confidential, but revealed that the buyer, who payed 10 million yuan (£945,000), was a multi-millionaire coal baron from the north of China.

"I could see he loved the puppy, or I would not have sold him," he added. "The buyer told me he thought he was a good investment. As a male dog, he can be hired out to other breeders for as much as 100,000 yuan a shot. He could recoup his money in just a couple of years."

Mr Lu said Big Splash had been fed a diet of chicken and beef, spiced up with exotic Chinese delicacies such as sea cucumber and abalone.

"The price is justified," he said. "We have spent a lot of money raising this dog, and we...
Прочети цялата публикация

To view this video please enable JavaScript, and consider upgrading to a web browser that supports HTML5 video Eating The World's Most Expensive Burger ($2,000)

Most expensive woman bags Posted by Katya Vicheva on 00:21 // 0 коментара

For ladies who love bags...Some of most expensive woman bags...

Topic-Cars: The most expensive cars in the World Part 1

1 Million People For A New Iran

The World's Most Contagious Prank

The World's Most Contagious Prank

The world's most fascinating corpses

When the average person thinks of high priced cars, they mostly think of brands like Lexus, Acura, or Mercedes Benz. But those brands cost mere pennies when compared to this list. So without further waiting, let’s take a look at the top 10 most expensive cars in the world.