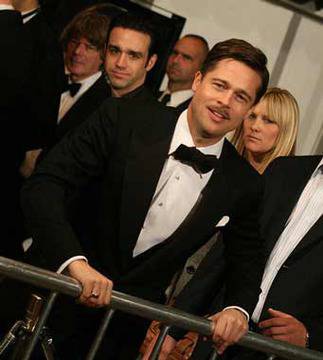 This year's Cannes Film Festival is in full flow. With a huge programme of films being previewed, premiered, sold and binned over the two weeks it is difficult for even attendees to keep up with what's hot and what's not at Cannes. Our Cannes Watch articles will, however, give you the lowdown on all the big films shown this year, showing you the inside track on what to expect from the next 12 months of film. We start with two much-admired Australian directors' latest efforts.

The second collaboration between Australian director Andrew Dominik and leading man Brad Pitt (after 2007's acclaimed though financially unsuccessful The Assassination of Jesse James by the Coward Robert Ford), this dark hitman film, based on the George V. Higgins novel of the same name, has been met with strong reactions from the press at Cannes. Also starring The Sopranos' James Gandolfini, Ray Liotta and Ray Mendehlson the movie is said to contain a political subtext...
Прочети цялата публикация

A music festival can often hinge on the weather report. Sunniness really does go a long way to improving the whole experience, while too much rain puts a dampener on any of the fun that is to be had around the campsite. Regardless if your favourite band is playing, being soaked through to the...

It is estimated that more than 2.3 million people worldwide have multiple sclerosis (MS), a chronic disease of the central nervous system - the brain, spinal cord and optic nerves. MS is thought to be an autoimmune disease, whereby immune-system induced inflammation damages the protective...

Past research has suggested that weight may be influenced by genes. A new study builds on this concept, revealing that our genetic makeup shapes what type of bacteria live in the gut, which may affect how heavy we are.

The results of a twin study suggest that our genes influence what type...