The mystery of Vladimir Putin's lawn 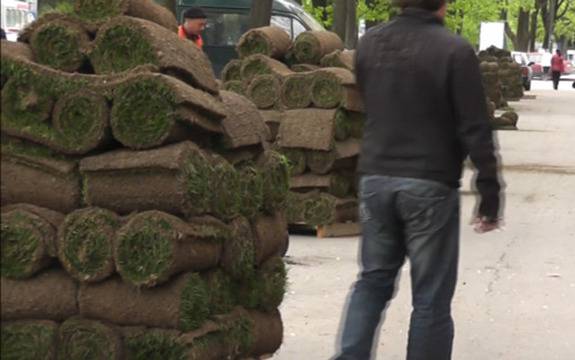 The Potemkin lawn is a play on the Russian trend of 'Potemkin villages', named after the 18th Century general Prince Grigory Potemkin, who is said to have had whole villages built to impress Catherine the Great when she visited the newly conquered Crimea in 1787.

Last week a video emerged on the internet of workers in the city of Saransk apparently painting barren earth green ahead of a visit by Mr Putin.

The workers later turned out to be spreading a mixture of water, grass seeds and dye in a procedure called "hydro-seeding."

Media have also accused authorities in Nizhny Novgorod of cosmetic efforts ahead of the recent EU-Russia summit in the city.

And the Ministry of Natural Resources was reported to be trying to pull the wool over President Dmitry Medvedev's eyes when he tried to inspect pollution at the nearby chemical producing city of Dzerzhinsk.

The problem has become so acute that Mr Medvedev threatened in April to "name and...
Прочети цялата публикация

The Mystery of the Crystal Portal Portable

Colour Mixing: The Mystery of Magenta

Department 42: The Mystery of the Nine Portable

Sherlock Holmes - The Mystery of the Persian Carpet Portable

To view this video please enable JavaScript, and consider upgrading to a web browser that supports HTML5 video The Mystery of the Bulgarian voices - Kalimankou Denkou, Калиманку Денку