Art theft: some of the famous art heists of the last 100 years 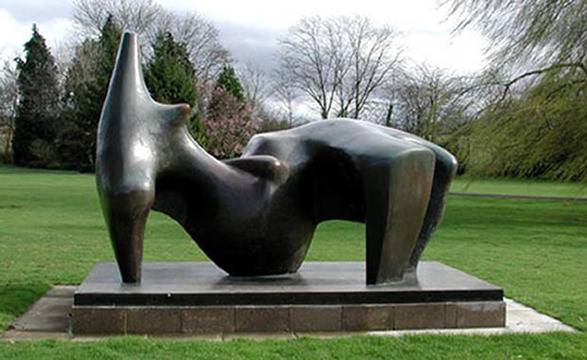 The bronze sculpture Reclining Figure, worth £3 million, was stolen from the 72-acre estate of the Henry Moore Foundation in Much Hadham, Hertfordshire, in December 2005. It took thieves 10 minutes using a crane-equipped flatbed Mercedes truck stolen from nearby Roydon to carry it away. A global alert was issued but, apart from a sighting by another motorist at a road junction in Harlow, Essex the same evening it was never seen again. Detective Chief Inspector Jon Humphries, of Hertfordshire Police, said inquiries revealed the artwork was moved through a Dagenham scrap dealer and on to another Essex scrapyard. It was then shipped abroad, possibly to Rotterdam, and then further east.

He said estimates suggested the sculpture, three metres long and two metres high, may have made just £1,500 as scrap metal even though The Henry Moore Foundation is believed to have offered £10,000 for its...
Прочети цялата публикация

THE ART OF NIKOLA TODOROV

The art of BIG BAND

The art and science of porcelain veneers

The art and science of porcelain veneers

Are you looking for dentists in Liverpool, Tahmoor or Campbelltown offering porcelain veneers? These veneers should be placed by an expert cosmetic dentist only.

Dr Gen Russo is one of Sydney's leading cosmetic dentists. One of the...

Zen Cart!, The Art of E-commerce

This content is located in the file at: /languages/english/html_includes/classic/define_main_page.php

You can quickly edit this content via Admin->Tools->Define Pages Editor, and select define_main_page from the pulldown.

NOTE: Always backup the files in...

The Art and Science of Packing

0 notes August 3, 2013 The art and technology of packing had advanced. Today, we will come across a never edging range of storage, sale, and use of these materials. Packaging is an art that prepares goods for transport, warehousing, sale and keeps them protected and...

At Borlino, our never-ending pursuit of style and functionality is partnered with our ultimate quest of perfection. Like the artists of the past, we design each product with passion and emotional intensity, reflecting the classical antiquity of...

Magnetica - The Art of Anna Ignatieva

Zen Cart!, The Art of E-commerce

Funtime inflatables is your number one source for entertainment We offer a world of inflatables for purchase that range in bounce houses, slides, water slides,...