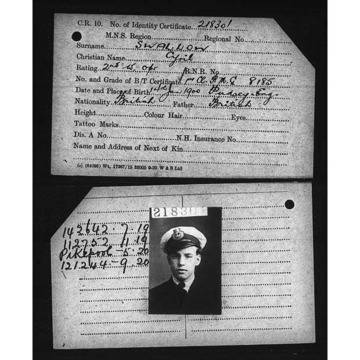 One million 20th century Merchant Navy Seamen records are going online for the first time ever, as Britain approaches Merchant Navy Day on Saturday 3rd September. The Merchant Navy was integral to putting Britain on the trade and industry world map and were named by Churchill as Britain’s ‘fourth service’. The revelation comes as findmypast.co.uk, a leading UK family history website, publishes these fascinating records online in partnership with The National Archives

To view this video please enable JavaScript, and consider upgrading to a web browser that supports HTML5 video Micrograph photos reveal the unique beauty of tears

Under microscope, each tear is different—and beautiful in its own...

Island of the Forgotten

We provide with Dissertation Writing Help service in almost all subject areas, read more below –

Edmonton plumbers provide a vital service but they are not cheap! This article provides preventative measures and do-it-yourself tips for resolving the three most common plumbing service calls in Edmonton.

Representing about 15% of the value of your Alberta home,...

Postcards From Hell: One-fourth the world population lives in a failed state (PHOTOS).

Hear the words "failed state," and a certain unshakable set of images likely floods your vision. There is poverty, insecurity, and a disregard for human dignity. Families fight for their survival, and political regimes fight to extend their rule. Some weak states are simply geographical...