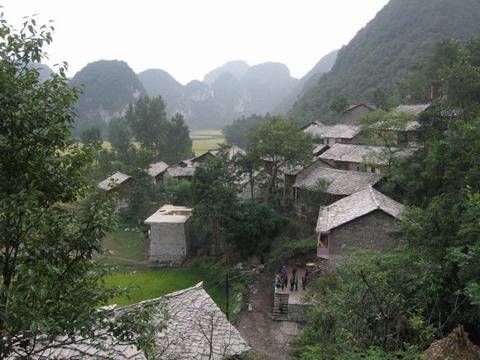 The governments of five counties in Southwest China's Guizhou province have recovered 80,000 ancient documents of the Miao and Dong ethnic groups.

Most of the documents, called Jinping Writs, are the original records of contracts, account books and county regulations in Jinping, Liping, Tianzhu, Sansui and Jianhe counties in Guizhou.

The records dated back to as early as the Ming Dynasty (1368-1644), and are important in the research of politics, economy, culture and social development of the ethnic groups, said Chen Jinquan, professor at the Southwest University of Political Science and Law.

Experts estimate that more than 300,000 Jinping Writs are preserved by local people.

More than 18 million yuan ($2.7 million) has been spent to build a special museum for the ancient documents, a local official said.

Workers are trying to save about 3,000 pigs in a pig farm, which was inundated by...

To view this video please enable JavaScript, and consider upgrading to a web browser that supports HTML5 video 30 ducklings rescued in Oklahoma city

Our commercial SharePoint recovery software has excellence to repair entire information without altering or deleting original content. With this brilliant application, you...

Music Therapy is a professional health practice in which music and sound are used to improve the physical or mental health of a patient. Music is believed to treat ailments on physical, emotional, and spiritual levels simultaneously to have numerous medical benefits.  It has been found to...

Lions rescued from circuses in Latin America head to Africa

To view this video please enable JavaScript, and consider upgrading to a web browser that supports HTML5 video Lions rescued from circuses in Latin America head to Africa

Bambi on ice: deer rescued from frozen lake in Canada

Two rescuers and a cameraman went to the aid of the deer after it became stuck on the frozen waters at Black Sturgeon Lake in Kenora, southern Canada.

Equipped only with iceskates and a makeshift harness the amateur rescue team tried to drag the stranded creature back to land.

A lot of scientists and analysts have claimed through the years that extraterrestrials with superior knowledge of science and engineering landed on Earth thousands of years ago, sharing their expertise with early civilizations and forever changing the course of human history.

The Land of the Leopard National Park released footage on Monday...

IBCL offers editing services, including editing of books, academic writing and business documents. However, we do not edit any material that relates to the scientific fields, works of fiction or technical...