New York in black and white: portraits of everyday life in the city from 1936-1951 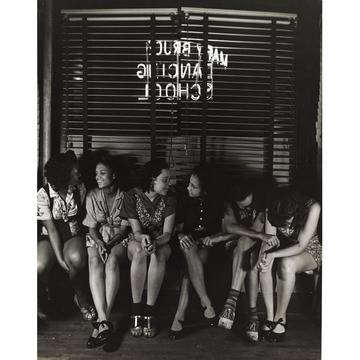 Portraits of everyday life drawn from the streets of America's biggest city form the heart of a new exhibit opening at The Jewish Museum in New York. "The Radical Camera: New York's Photo League, 1936-1951," recognises the importance of the League - a group of photographers who saw documentary photography as both an art form and a way to argue for social justice. The League was active for 15 years, from 1936 to 1951, and included among its members and supporters well-known photographers such as Weegee, Sid Grossman, Richard Avedon, Ansel Adams and Margaret Bourke-White.

A group of girls sit together at a dancing school in Harlem in 1938, by Solomon Fabricant

The picture is part of George Grantham Bain Collection, one of America’s earliest news picture agencies.

There are many limo services offering agencies in New York. But, despite that we often hear that the customers not able to find an appropriate agency or are not satisfied with the quality of services offered to them. So, if you too are looking for a travel operator who can take care of your...

Everyday things of life: New and some favorites from this April

Ceremonies marking the 13th anniversary of the , 9/11 terror attacks for survivors and victims' families in New York and...

Central Park Bike Tours is a tour operator offering guided pedicab and bike tours in Central park and Manhattan, New York City. Our trips are highly customizable and we offer several tour options. The starting point is at the Southwest corner of Central park - 58th St and Broadway. We strive...