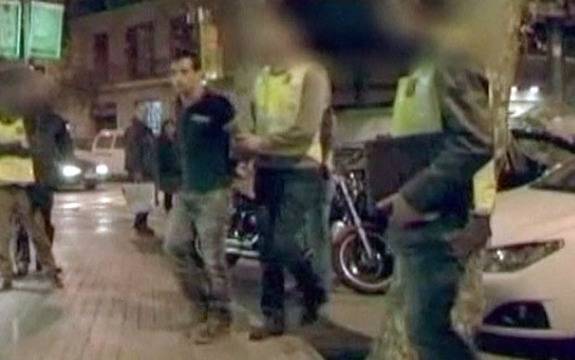 Gallico, 46, was arrested on Dec 23 in collaboration with Italian authorities, according to a statement from Barcelona police.

Following his arrest, police claimed Gallico was part of the Calabrian Ndrangheta, one of the most powerful criminal organisations in Italy.

Gallico was said to have been living in the Spanish city in an attempt to evade capture after recent arrests by Italian police saw numerous family members taken into custody.

Authorities confirmed that extradition proceedings to Italy, where Gallico is accused of homicide, extortion and money laundering among other charges, are currently pending.

It was perhaps the biggest opposition rally in years and ended with police detaining about 300 activists. A group of several hundred marched toward the Central Elections Commission near the Kremlin, but were stopped by riot police and taken away in buses.

Estimates of the number of...

Michele Zagaria, 53, considered to be the leader of the powerful and bloody Casalesi clan, has already been sentenced in absentia to multiple life terms in prison for a career of murder, extortion and drug trafficking.

The Casalesi clan, involved in drug trafficking and...

The release of Samsung Galaxy S5

This new launch by Samsung for Samsung Galaxy S5 took place at MWC 2014, with the fifth unpacked conference of Samsung stuffed...