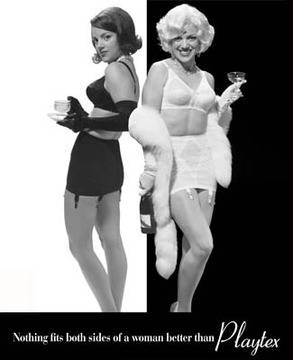 In the 1960 golden era of advertising, the Mad Men from Sterling Cooper, an advertising agency from New York, reveal their not-so-perfect and commercial-like lives. The show focuses mainly on executive director Don Draper, a talented man who lives in a big lie. But beyond Draper’s success, good looks, mystery, beyond Christina Hendricks’ boobs, and beyond all the drinking and smoking, this show is all about advertising. In almost every episode we assist at the process of an idea being brought to life.

For all the advertising fans out there, we picked 8 of the best ads, from the beginning of season 1 until season 4. You’ll be surprised that some of them are inspired from real life campaigns.

This is the ad present in the first episode of Mad Men, which has a powerful impact on the audience. The moment is glorious: in the time when scientists began to make a connection between diseases like cancer and cigarettes, Don Draper had to come...
Прочети цялата публикация

A Look at CISPA

Ever since the Internet’s inception so many decades ago, the concept of privacy has been an issue. Fortunately, there are plenty of things that keep the government and outside, malevolent parties from reading your emails or knowing your search history. Then came SOPA and CISPA. While the...

A closer look at Karan Johar

Siddharth  Malhotra  will soon make an appearance in yet another film by Karan Johar, an untitled action-adventure movie. For the film, the Dharma Productions chief has teamed up with UTV and has also roped in Remo D’Souza to develop the film. An industry insider recently revealed, “Although...

How to Search a Job at SoutheastTexas.com Classifieds Ads

Have a look at car reviews and rating before buying

The present scenario says that having a car is not a luxury but a necessity. To have a car is a dream that is cherished by almost every individual. This is so because somehow or the other, having a car spells your status, style and personality. Now, there may be two types of people: one who...

Snapchat is something I’ve heard about in passing throughout the social sphere. I was never particularly interested in it, mainly due to the whole sexting debacle, but “it’s chatting but with pictures,” wasn’t an especially appealing sentiment either.

They call him Ghostface...

A Look at the Behavior of Advanced Glycation End-Products

Patients who are undergoing cell based assays may hear their doctor referring to advanced glycation end-products, or AGEs for short. A certain level of these substances is normal, but an excess of these end-products can cause cellular damage within the body. AGEs have been implicated in...

Yat or jat (Ѣ ѣ; italics: Ѣ ѣ) is a letter of the old Cyrillic alphabet, as well as the name of the sound it represented. Its name in Old Church Slavonic is jět’ (ѣть) or iat’ (ꙗть). In the common scientific...

Zaha Hadid: A look back at her work - BBC News

To view this video please enable JavaScript, and consider upgrading to a web browser that supports HTML5 video Zaha Hadid: A look back at her work - BBC News

Dame Zaha Hadid, one of the world's leading architects, has died at the age of...