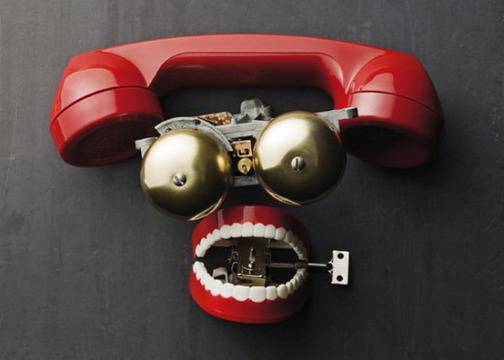 Photographer Horacio Salinas makes a habit out of transforming simple everyday objects in unusual scenarios and original shots. Based in New York, the conceptual still life photographer has worked with publications such as Vogue, New York Times and GQ for fashion editorials and articles.

In describing his work, he says: “If I have to do one picture about a topic, I want that picture to say everything in a second.”

And indeed, his pictures say a lot. It’s like the objects come to life, having a strong personality of their own . Watch some great examples of his work below, and also check out his portofolio here.

Travis Rice is often hailed by sportswriters and peers as the best all-around snowboarder in the world. Since earning 'Rookie of the Year' kudos in 2002, Travis has won numerous global slopestyle, big air and backcountry events, including two X Games gold medals. The Jackson, WY...

Terry Border takes normal objects, provides them with wired hands and feet and turns them into characters of hilarious scenarios. The objects rang from usual things used in the kitchen or in the bathroom, to fruits and vegetables, but I think that his masterpieces are the ones with food coming...

THE ART OF NIKOLA TODOROV

The art of BIG BAND

Kirkwood’s new offerings for Fall-Winter 2013 look more like works of art than the “regular” shoes. We would laugh and to think that his designs would be really simple … He creates classic and modern styles into one.

The British designer is very artistic and talented, who reflects on...