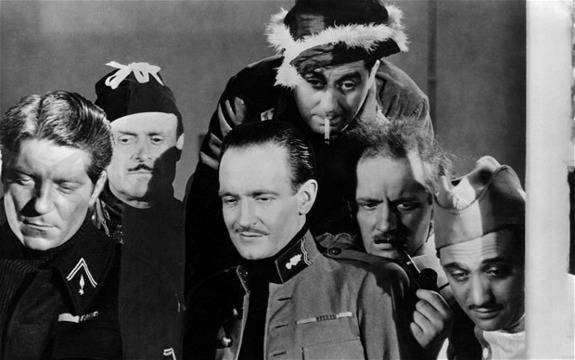 This prison drama set in The First World War centres on three French captives – a working-class man (Jean Gabin), a middle-class Jew (Marcel Dallo) and an aristocrat (Pierre Fresnay) – sharing a cell under the supervision of a German commandant (Erich von Stroheim).

I vividly remember seeing it for the first time. It was in 1958, and I was 16. I went with my father to the Academy cinema in Oxford Street. It was a perfect film for me. I was full of Lefty humanism at the time, which is pretty much where I’ve stayed. The French aristocrat and the German commandant come from the same privileged background, and have an instinctive empathy that surpasses nationalist hatreds. I remember being electrified by the notion of wartime enemies reaching across divisions.

The film’s themes are obvious. It’s the end of class, the aristocrats are gone. The working man and the outcast – they’re the ones who are now going to be in the ascendant. If Renoir has had any influence...
Прочети цялата публикация

Why I Love Mexico - Gavin Manerowski

Why Do Cats Love Boxes?

Why Can’t I Get Pregnant?

Hello, we are Chris & Susan, and for the longest time, we couldn’t get pregnant. After all the troubles, turmoil, endless “Why Can’t I Get Pregnant?” questions with contradictory answers, we now have two beautiful children.

Getting pregnant used to be so easy!

Linda I Love You