10 Things You Did Not Know About Van Gogh 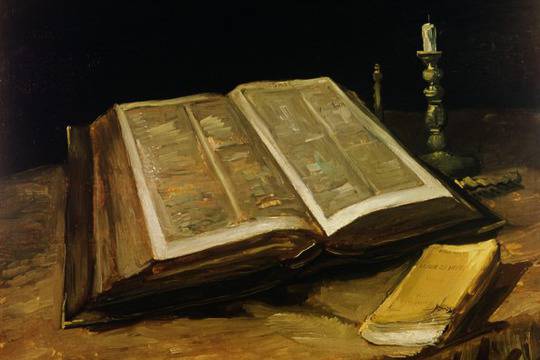 We never see behind the picture. There are artists whose works were influenced by their personal lives and artists who didn’t allow the two to mingle. Well, Vincent van Gogh wasn’t one of the latter; everything that happened to him was reflected in his art.

We know some things about artists that are more or less true, some we still debate on, some we don’t have a clue about – usually those are the most interesting. So here are some interesting facts about Vincent van Gogh.

Vincent worked as a librarian as a certain point. If you come to think of it, he fits the profile perfectly: unwashed, cranky and with an utter disregard for the clients. He used to sit in a corner wearing his English top hat and besides ignoring the customers, he’d do a remarkable task: he’d translate the Bible into 4 languages: Dutch, German, English and French. He’d divide the page into four and inch his way through it in all of them simultaneously.

Facts about Oil Field Housing That You Did Not Know

10 Things You Didn't Know About Hitler

To view this video please enable JavaScript, and consider upgrading to a web browser that supports HTML5 video 10 Things You Didn't Know About Hitler

10 Things You Didn't Know About Hitler

To view this video please enable JavaScript, and consider upgrading to a web browser that supports HTML5 video 10 Things You Didn't Know About Hitler

A new book about the celebrated Dutch painter casts the popular belief that he shot himself in the chest in a field in France into doubt.

Van Gogh: The Life, by Steven Naifeh and Gregory White Smith, suggests that the most likely cause of Van Gogh's death is at the hands of a third...

10 things you probably don’t know about the hair

Hair is something we pay a lot attention to: we cut it, dye it, style it before we go out. But our hair has a lot more functions, some of them...

Actually, milk is one of the things that distinguish us, mammals, from other species inhabiting the planet. For newborns, it is the only food that provides all the necessary substances to survive. For adults, milk remains a tasty treat, which is widely used in cooking. Every nation and every...