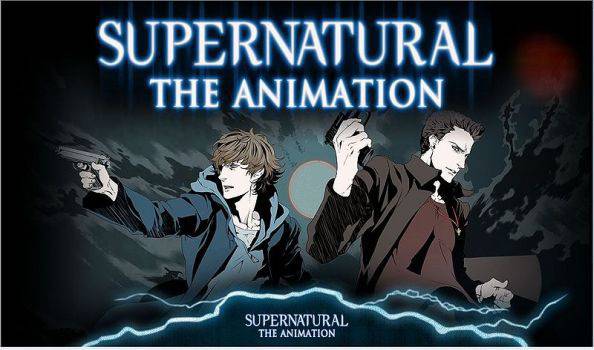 This year Supernatural  fans have two great reasons to be excited since Warner Bros not only announced that a 7th season is in the making, despite the show being initially planned for  5 seasons, but an animated version of  the popular TV series will soon be released, as well.

Supernatural is one of the few TV series that inspired six novels, comic books and anime series.  Things usually happen the other way round, but this is just a testament to the fact that the show has a really  devoted fanbase – also proven by the fact that in 2010 the show won People’s Choice Award for Favorite Sci-fi/Fantasy Show, beating huge shows like True Blood and Lost  –  and that the creators of the series know how to reward the fans for their continued support and loialty.

The 22 animated episodes portray the Winchester brothers’ journey as they travel around America to hunt down supernatural creatures, following the action in the first 2 seasons of the TV series but also adding new...
Прочети цялата публикация

The Anime is dominating the world animation

Anime is inspired by the local Japanese novels, stories, comics, customs and tradition which are highly appreciated by the world audience. Till recently the story line had a calmness and serenity which is the characteristic feature of the oriental civilization and greatly admired by the...

Animation released by the Dutch Safety Board shows the path of the missile th...

To view this video please enable JavaScript, and consider upgrading to a web browser that supports HTML5 video Animation released by the Dutch Safety Board shows the path of the missile th... Сподели видео ...

We provide services in 3D Animation including 3D graphics, Model, character animation and logo Animation with our creative, technical and production capabilities. We have offered our 3D Animation services to Oil and Gas industry, Architects, Interior Designers,...