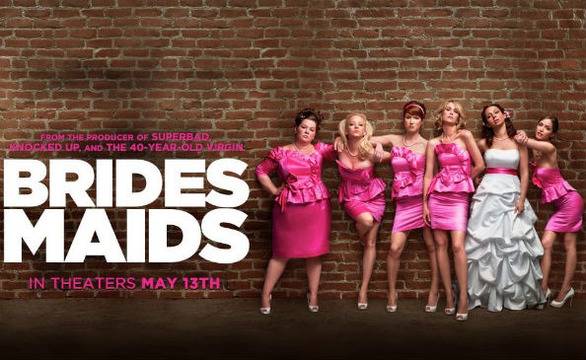 First of all, let me just say that I was really looking forward to this movie. Judd Apatow, the producer, was also responsible for Knocked-up and The 40-Year Old Virgin, and I believe that Kristen Wiig, who plays Annie, the main character, is pretty funny. There were voices that said it was the female version of The Hangover, the trailer was looking good and it also starred Melissa McCarthy, who I love ever since her great portrayal of Sookie in the TV show Gilmore Girls.  All good premises, don’t you think?

And then the reviews came out, and they were all positive. The Guardian, The NY Times, The Telegraph, all wrote with enthusiasm about Bridesmaids and about how it’s witty and terrifically funny. They even named it the funniest movie of the year. Obviously I was impressed and even more eager to see it.

But after actually watching it… I was disappointed. 125 minutes of my...
Прочети цялата публикация

9 reasons Why you can’t trick Google

I read most of the big marketing forums regularly  and every few days there is a “new” link scheme which “works” or success story of how somebody tricked Google algorithms,  ranked a website at page 1 and made a quick...

Why Oh Why?: A Few Simple Reasons Why you are not getting SEO Results

So, it seems like you’ve done everything, you’ve tried all the techniques, you’ve purchased every product and services in the cyber world but still nothing much happens in brining you search results to your website. Well the thing is, unless you’re optimizing for just a few target keywords,...

Thinking about moving to Bulgaria but worried about getting a job as a foreigner? Or you are afraid you will miss your town and there won’t be much to compensate? Well, we are here to show you how living and working in Varna might improve your...

5 Reasons Why You Feel Sleepy All The Time?

Do you feel sleepy all the time? Struggling to stop your sleep in the daytime? Has difficulty with concentration or attention, you may be wondering: Why do I feel too much sleep?

99 reasons why you should workout and eat well

1. Because it just fucking feels good. 2. Because if it doesn’t feel good you should learn to love being in discomfort. 3. Because you’ll look more attractive. 4. Because there’s no rational reason someone would want to not be healthy. 5. Because it makes you strong. 6. Because it...

Top 10 Reasons Why You Should Get a Cat

To view this video please enable JavaScript, and consider upgrading to a web browser that supports HTML5 video Top 10 Reasons Why You Should Get a Cat

There are many reasons you should get a cat, or dog! Make sure to visit your local...

10 Reasons For Why You Are Not Able To Sleep

Sleep is essential for a person’s health and well-being, but many people are not getting enough sleep, and many suffer from lack of sleep.

Lack of sleep at night will really put a damper on your day because lack of sleep disturbs a person’s ability to fall asleep or stay...

3 Reasons Why You Should Use PhoneGap Platform to Develop Apps?

In the recent times, PhoneGap framework has gained huge popularity in the market as it is the most widely used framework that comes with a range of features. In this post, I have listed three major reasons why you should use PhoneGap for your next project.

With the tremendous upsurge in...

6 great reasons why you should use Limitless Health and Fitness

During pregnancy the average weight gain should be 10-12kg, consuming around 300 extra calories per day. Although hormones and cravings will be going crazy for the first 16 weeks, this shouldn’t be an excuse to overindulge and to make up for lost time with the boring diet you have been on for the...