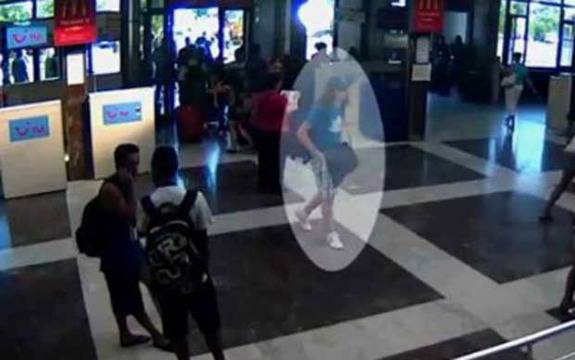 The bomber, who was killed in the attack, was a young man with long hair who was described as a "caucasian" looking like any other tourist.

He was caught on CCTV walking around the airport dressed in sportswear, shorts and carrying a backpack before carrying out the attack on a coach load of Israeli tourists at the airport in the quiet Black Sea resort city of Burgas, some 250 miles east of the capital, Sofia.

WARNING: You may find the video disturbing as it contains...

Ghost Coming Out Of Dead...

Add to Inquiry Basket Add to My Products

Captured on CCTV, the unidentified chef joined 20 kitchen staff armed with knives and brooms as they fought thugs who had attacked The Ledbury, Notting Hill a year ago yesterday.

As violence and unrest swept the capital, the masked rioters forced their way into the establishment,...

Drogba overreacting after claiming he was hit in the face!

These are the stunning pictures of a rare pink bottlenose dolphin spotted swimming in a Louisiana lake.

The mammal was pictured by local charter boat...