US debate: When the truth takes a beating 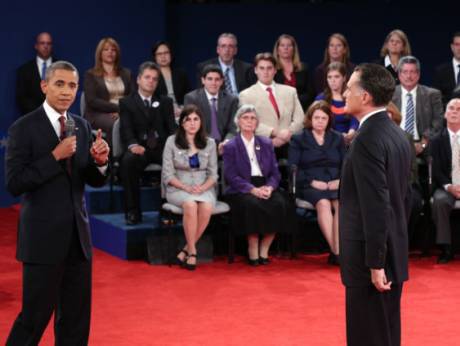 Washington: In the rough-and-tumble of a town hall-style presidential debate, the facts took something of a beating Tuesday night.

Mitt Romney wrongly claimed that it took 14 days for President Barack Obama to brand the assault on the US Consulate in Libya a terrorist act. Obama yet again claimed that ending the Afghanistan and Iraq wars makes money available to “rebuild America,” even though it doesn’t.

A look at some of their claims:

OBAMA: The day after last month’s attack on the US Consulate in Benghazi, Libya, “I stood in the Rose Garden and I told the American people and the world that we are...
Прочети цялата публикация